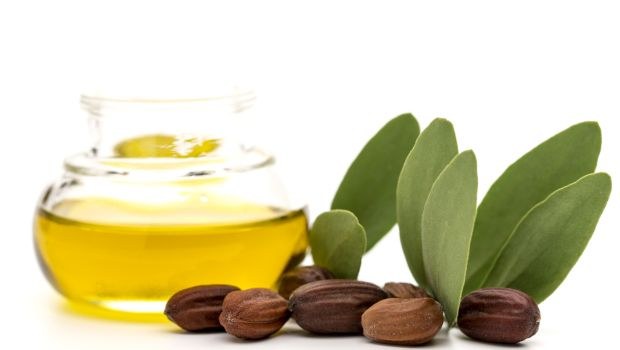 Ingredient of the Week: Jojoba Oil

Jojoba Oil is extracted from the jojoba plant which is indigenous to southern United States and northern Mexico. When drawn naturally from the plant it’s gold in colour, whereas the processed version is transparent. Pure jojoba oil is in fact very rare, in the US there is only around 45 thousand acres of land planted with the jojoba plant and it takes approximately 3 years for the seed to grow into a full plant.

Jojoba Oil has a high content of vitamin E and other natural minerals. Vitamin E is responsible for maintaining healthy skin and eyes whilst strengthening the body’s immune system. It’s also a noncomedogenic, meaning it doesn’t clog pores. Surprisingly, jojoba oil has extremely strong antibacterial properties and is in fact so effective is can be used as a way to control mildew.

The antioxidants present are great at soothing fine lines and wrinkles, which is often why you’ll see jojoba oil has the ‘star ingredient’ in anti-ageing skincare.

Our microscopic sebaceous glands in our skin are the ones responsible for secreting oil called sebum. The texture of sebum is waxy and therefore very similar to jojoba oil, which is no wonder why jojoba oil is so beneficial for moisturising our skin and hair.

Excess sebum can result in acne, extremely common during puberty but often continues throughout adulthood. However, jojoba oil works to reverse the formation of acne by dissolving the sebum and unblocking the pores. Its antibacterial properties also means it will control bacteria within the pores, whilst soothing irritated skin.

Jojoba Oil is a botanical ingredient with many wonders, despite being a little expensive, it demonstrates such versatility in the beauty and skincare world.

You are now subscribed to our newsletter

All the latest deals and offers will be making their way to your inbox shortly!